Question: One individual who possesses  extreme views claimed that Shaykh Al Mufid(rh) was a Muqassir and denier of virtues of Ahlul Bayt(as). As a proof he gave a quote from his book Al-Awail Al-Maqalat:,,As for saying that the Imams know the unseen, so it is an extremely evil and corrupt belief.” Whats the actual context behind this statement?
Answer: The extremist has lied!

Thoughts about the knowledge of the imams (peace be upon him) of inner thoughts of humans and other creatures, and calling them with knowledge of the unseen, and that they those as attributes.

I say: The imams from the progeny of Muhammad (saw) knew the inner thoughts of some slaves (of Allah) and knew what would happen before it came into being

, As for saying that the Imams know unseen, so it is an extremely evil and corrupt belief because the description of that is only deserved by the one who knows things by Himself, not with learned knowledge, and this is only God- the Almighty - and following my belief a group of Imamites (Shia) except for those who deviate from them from the Mufawidda and Ghulat. 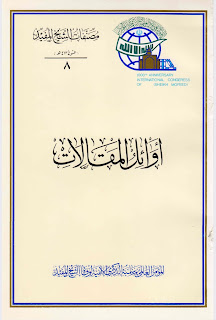 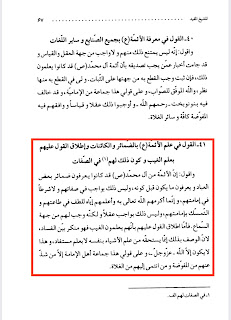 Email ThisBlogThis!Share to TwitterShare to FacebookShare to Pinterest
Labels: Ghulat

Superiority of Imams(as) over Ulil Azm 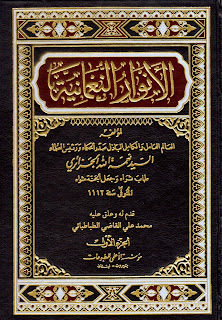 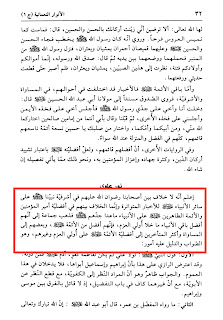 From Abu Abdallah (as) who has said the following. When mentioning the Messenger of Allah (saw) he said: Amir al-muminin Ali (as) has said:Allah has not created any creature better than Muhammad (saw).

From Abdullah Bin Waleed Al Samman who said: Abu Jafar (as) said to me: Oh Abdullah! What the Shias say regarding Ali and Musa and Isa ? He (the narrator) said: May I be sacrificed for You! And from which of the situations are you asking me? He said: I am asking you about the knowledge. As for the merit, so they as are equal’. I said: May I be sacrificed for you ! So, what should I be saying regarding Them ?’ He  said: ‘By Allah ! He is more knowledgeable than Them.

Then he said: ‘O Abdullah! Aren’t they saying that from the knowledge, for Ali  is what is for the Rasul ?’ I said: Yes. He said: Then dispute with them regarding it. He said : ‘Allah(swt) Said to Musa(as) : And We Prescribed to him in the Tablets, Advice from all things [7:145], so we know that all of the matters were not explained to Him . And Allah(swt)  Said to Muhammad(saw) : and We shall Come with you as a witness upon these (witnesses). And We Revealed the Book unto you as a clarification of all things, [16:89]. 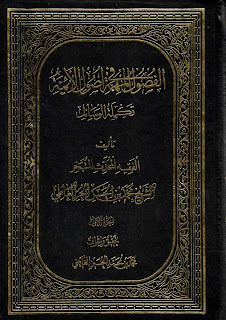 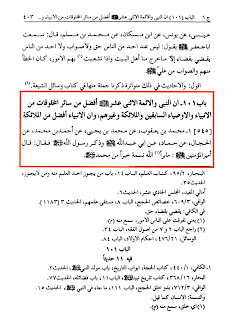 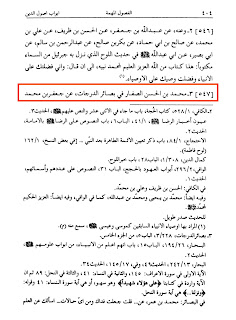 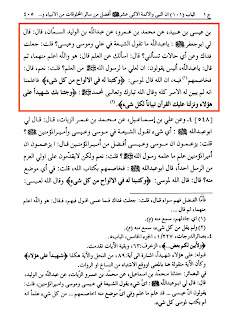 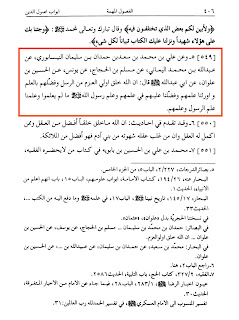 Regarding The Imams(as) being superior than Musa and Isa(as)

Imam Jafar(as) said: By the Lord of this House and by the Lord of this Kabah! – three times. If I was between Musa and Al-Khizr , I would have informed them both that I am more knowledgeable than they are, due to what wasn’t in their hands. 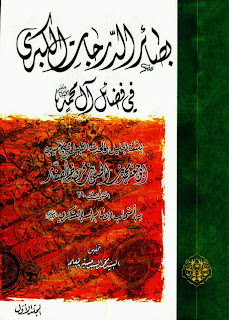 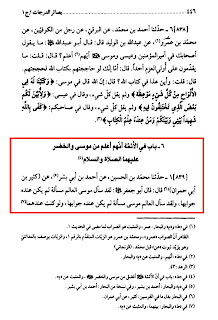 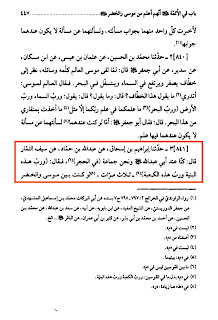 Email ThisBlogThis!Share to TwitterShare to FacebookShare to Pinterest
Labels: Leadership

We acknowledge that we cannot encompass everything which has been narrated from them about this topic (ziyarah) or about any other topic (for that matter).  Furthermore, I have only narrated that which was reported to me by the trustworthy ones from among our companions – may Allah’s Mercy be upon them – and I did not include anything which has been reported by unknown or unreliable sources who are not well-known for their knowledge and narrations. 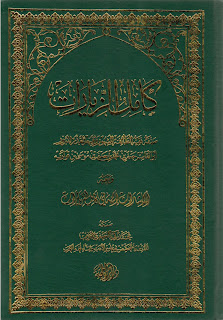 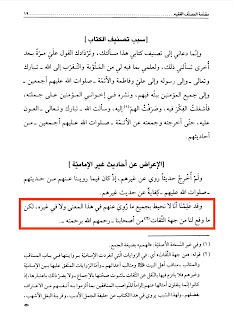 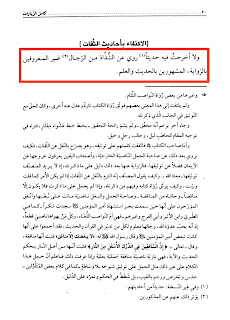 “And also Ja’far bin Muhammad bin Qulawayh has testified that the narrators of Kamil al-Ziyarat are reliable and trustworthy. His explicit statement in the beginning of Kamil al-Ziyarat is more expressive and frank than Ali bin Ibrahim’s (about authenticity of his book.” 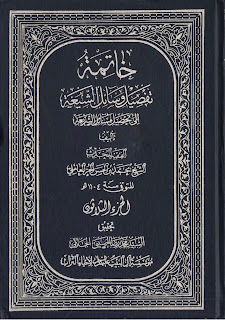 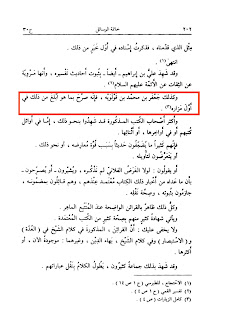 Email ThisBlogThis!Share to TwitterShare to FacebookShare to Pinterest
Labels: Books

Al Khoei declares cursing and insulting of Omaris as Wajib

What is meant by “believer” here is the one who believes in Allah and his messenger and the last day and the twelve Imams (as), starting with `Ali bin abi Talib (as) and ending with al-Qa’em al-Hujjah, the awaited one may Allah hasten his appearance and make us among his supporters, and he who denies one of them then it is allowed to backbite him for several reasons: 1- It has been proven in the narrations and Ziyarat and supplications that it is permissible to curse the ones who oppose us, and that it is obligatory to disown them, and increase their insults, and accuse them, and slander them, meaning to backbite them because they are from the people of innovation and doubt. There is no doubt about their Kufr, because denying al-Wilayah and the Imams (as) even if just one, and to believe in the Khilafah of others, and to believe in myths such as al-Jabr and other beliefs necessities Kufr and Zandaqah, as mentioned in the Mutawatir narrations that clearly demonstrate the Kufr of the rejector of al-Wilayah, and the Kufr of the one who believes in the mentioned beliefs and similar other misguided beliefs. 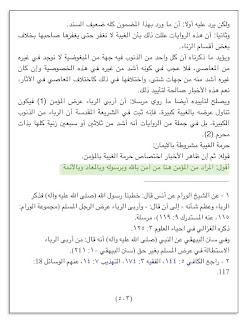 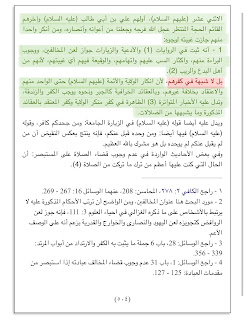 Teacher of Taqi Majlisi(rh) does an open takfir on Aisha

What has been reported on the shortcomings of the enemies of Ahlulbayt (as) that evidences upon the Imamah of our twelve Imams (as) is that Aisha is a kafirah deserving of hellfire. It is a necessity of the reality of our religion and the reality of our twelve Imams (as), because all those who profess by the caliphate of the three (Abu Bakr, Umar and Uthman) believes that she was a believer and honors and respects her, while all those who profess by Imamate of the twelve Imams (a.s) profess by her being deserving of la’nah and Allah (swt)’s punishment. So when her being like that is established, the point is proven, because no one claims a separation (of Aisha from the issue). 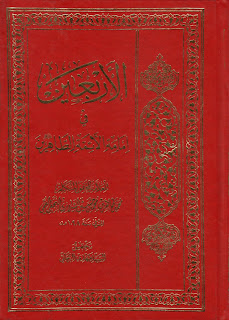 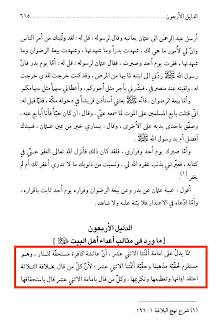 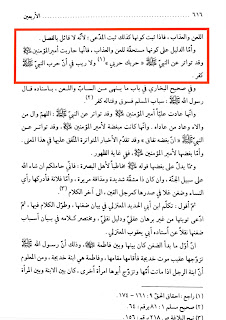 It isn’t necessary for the one who’s followed in religious rulings to have much love for Ahlul Bayt(as). 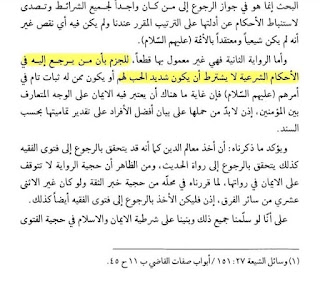 Email ThisBlogThis!Share to TwitterShare to FacebookShare to Pinterest
Labels: Scholars of the devil

All of Earth belongs to The Imams(as)

From ‘Umar ibn Yazid who has said the following. “I saw Masma‘ in Madina. In that year he had tried to deliver a certain amount of property to abu ‘Abdallah (a.s) that he returned to him. I asked him about the reason for the return. The narrator has said that he said to me, “When I took the property to him I said, ‘ I had become in charge of the pearls in Bahrayn and I have made four hundred thousand Dirham profit. I have brought eighty thousand Dinar as your share. I did not like to keep your share and disregard what Allah(swt) has decreed to be for you in our properties.” Is there no more from earth and what Allah takes out of it besides one fifth for us, O abu Sayyar?” The whole earth belongs to us. Whatever Allah causes to come out therefrom it belongs to us.” I then said, “I will bring all the property to you.” He said, “O abu Sayyar, we have made it a gift for you and made it lawful for you. Take your property with you. Whatever land is in the hands of our Shi‘a it is lawful for them until Al-Qa’im will rise with Divine Authority. He will make an agreement with them about whatever land is in their hands and will give them permission to use. Whatever land is in the hands of others their earning from it is not lawful until Al-Qa’im will rise with Divine Authority. He will take such lands away from them and will humiliate them

‘Umar ibn Yazid has said, “Abu Sayyar said to me, ‘ I do not find anyone doing business or those in charge of certain tasks who would earn their living lawfully except my self and those for whom they have made it lawful.”

From abu Basir who has said the following. “Once I asked abu ‘Abdallah (as), ‘Is there any Zakat on Imam?’” He said, “O abu Muhammad, you have spoken an impossible word. Do you not know that both this and the next world belong to the Imam? He can place them as he may want or give them to whoever he may want. It is permissible for him from Allah. The Imam said, O abu Muhammad, the Imam never spends a night without Allah‘s right on him for which He would not ask him.”

Muhammad ibn Yahya has narrated from Ahmad ibn Muhammad from ‘Abdallah ibn Ahmad from Ali ibn al-Ni‘man from Salih ibn Hamza from Aban ibn Mus‘ab from Yunus ibn Zabyan or al-Mu‘alla ibn al-Khnith who has said the following. “I asked abu ‘Abdallah (a.s.), ‘What is for you from this earth?” He smiled and then said, “Allah, the Most Holy, the Most High, sent Jibril and commanded him to dig with his toe eight rivers on earth. Of these are the River Sayhan and Jayhan which is the River in Balkh (central Asia) the River al-Khshu‘ which is the River al-Shash, river Mihran which is India, River Nile in Egypt, Tigris and Euphrates. All that these rivers provide water or all that take water from them belong to us and whatever is for us is for our Shi‘a. There is nothing for our enemies except what they have usurped. Our friends and supporters in an place bigger than this and this, the sky and earth. The Imam (a.s.) then recited the words of Allah. “They are made for the believers in this world (but others have usurped it from them) and are exclusively for them in the life hereafter (no one would usurp from them).” (7:32) 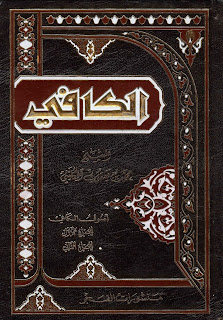 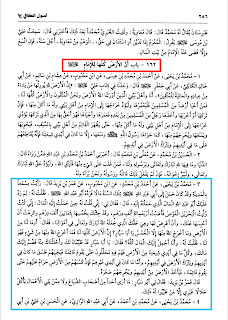 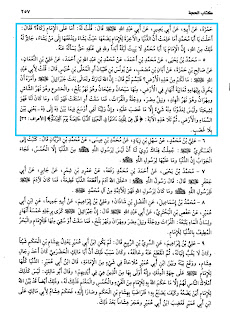 Question: One individual who possesses  extreme views claimed that Shaykh Al Mufid(rh) was a Muqassir and denier of virtues of Ahlul Bayt(a...